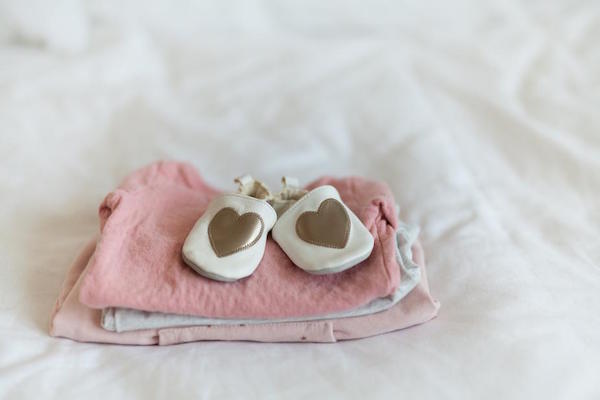 The first days of a new, growing life are mysterious. A fertilized egg cell needs approximately 7 days to pass through the fallopian tube and implant in the endometrium. As soon as it happens, the female’s body “knows” that she’s got pregnant. Often the woman herself feels that something magical is happening, too.

The most common symptom of pregnancy is lack of period. Sometimes this symptom may be confusing, as there are many reasons, including diet, stress, hormone imbalance, which could produce similar results. Some women may experience slight bleeding or spotting during the first days or months of their pregnancy, just in the same time, during which they should be on their periods. Moreover, a few days after fertilization, some women may notice such bleeding, which is a result of the embryo’s implantation.

The beginning of the pregnancy is also a time of great hormonal changes. They are produced firstly by the ovaries, then by the placenta and help keep the pregnancy and ensure its uncomplicated course. Increased level of such particles causes numerous changes in female’s organism and creates appropriate conditions for the baby. These hormonal changes positively influence the wellbeing of the future mom, which can be observed by her loved ones. Future moms become more susceptible to mood swings as well. During the first trimester, they may be overwhelmed with feelings of anxiety and depression. However, there are women who feel exceptionally good during the first trimester, too!

The first weeks of pregnancy are oftentimes accompanied by an unpleasant pain sensation in the lower parts of the abdomen, similar to the one usually felt during PMS and menstruation. Many women complain about nausea, vomiting or excessive salivation and metallic taste in mouth. Some future moms lose interest in sweets, coffee and cigarettes and may start carving foods that are good for their bodies and growing babies . They may also develop carvings for very specific meals. Pregnant women often complain about heartburn and constipation. They may also start perceiving different smells as stronger.

The mood gets worse

Elevated level of progesterone is responsible for excessive sleepiness, vertigo and tiredness, frequent urination and a slight body temperature increase of about 0.5 Celsius degrees. Under the influence of hormones, the breasts become swollen, larger and more tender to touch. Expanded network of blood vessels may also start to be visible underneath the skin.

Under the influence of hormones and congestion of the reproductive organs, the vaginal discharge may increase in volume. It should remain colorless or milky, however, it shouldn’t be accompanied by any discomfort, such as itching, burning sensations or redness.

A lack of period and a positive pregnancy test may indicate pregnancy, yet it should be confirmed by an ultrasound scan performed by an experienced doctor. In the 7th week of the pregnancy, which is the 5th week after the fertilization and also approximately the 3rd week after the expected menstruation, a tiny fetus with a beating heart may be observed during the scan.

international@klinikabocian.pl
Please call our International Patients Department or fill out the form below to request more information about treatment options at our clinic. One of our English speaking coordinators will provide you with detailed information. Name * E-mail Phone* I want to ask about:

Please confirm you are not a robot: *
* Required fields